What do Polish and Italians have in common?  Passion for food and family gathering experience!

Stephen Bulgarelli fits perfectly right in the alley being 50% Polish and 50% Italian.  His passion for food began as a child with fond memories and his time well spent with his grandmothers and father in the Kitchen. 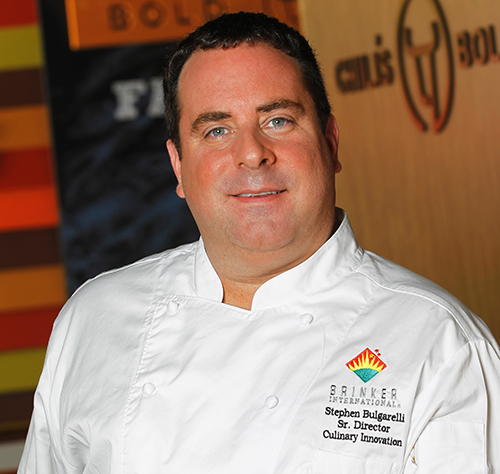 Stephen will be the “guest judge” for a new show “On the Menu” hosted by Tye Pennington and Emeril Lagasse on cable, TNT Drama.  The first episode to air this Friday, October 3rd 7 PM Central Standard Time.   Not his first time on TV, his first appearance as celebrity judge on “Top Chef” Season two in 2006.  He has appeared on Good Morning Tennessee and twice on Good Morning Texas.  Here is the most recent episode featured couple of weeks ago:  Good Morning Texas – National Guacamole Day

On The Menu – TNT Drama

When Stephen left Home to Pursue his dream!

Stephen left his home, Sterling Heights, Michigan to pursue a dream, a passion for food, and began as a full-time student at “CIA – The Culinary Institute of America” in Hyde Park, New York.  The CIA is the world’s premier culinary college.  As a true not-for-profit college, their mission is to provide the world’s best professional culinary education.  Students choose for their gold-standard education programs, expert faculty, world-class facilities, and outstanding career opportunities.  While in school, Stephen started his internship at the “Worthington Hotel” in Fort Worth, Texas. 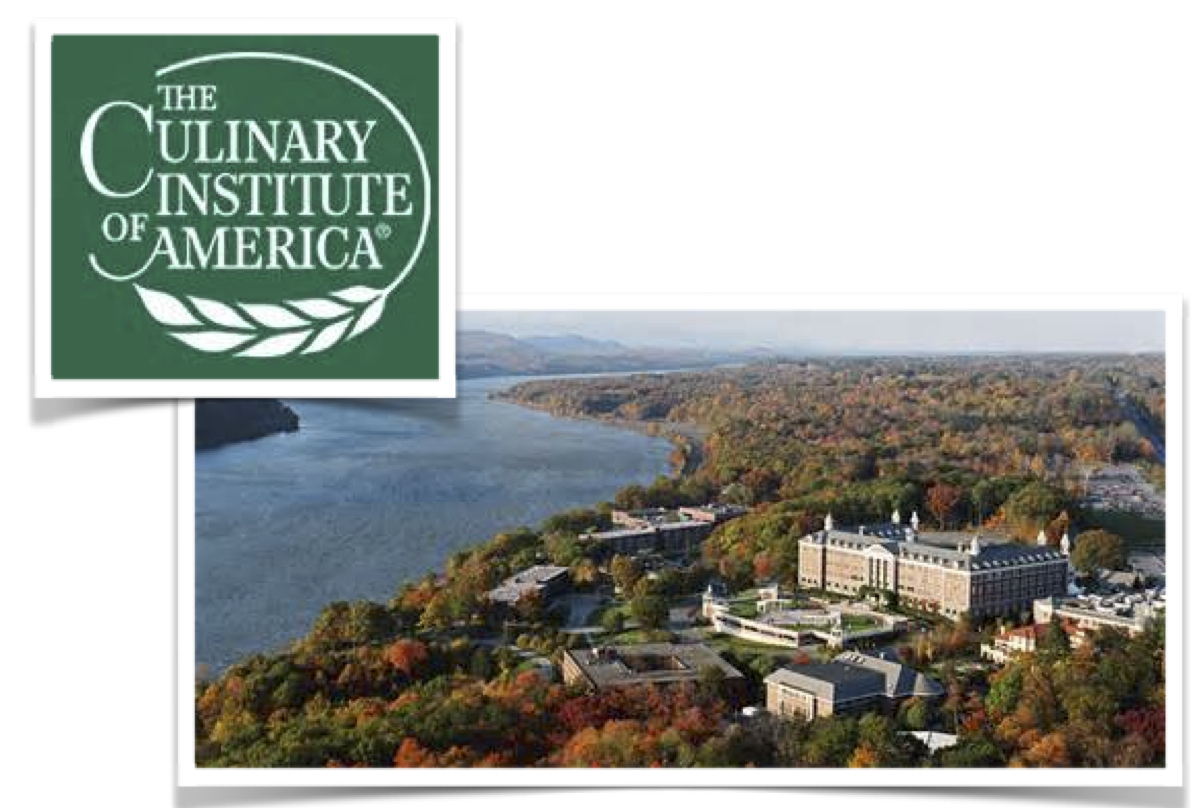 After graduation, Stephen was ready to show his talent and passion in the culinary professional world

Stephen began his new exciting career at Cafe Pacific Restaurant in Highland Park Village in Dallas, Texas.  Again, Stephen knew to follow his heart to expand his horizon and began a new career in the corporate world at LSG Sky Chefs.  He created new menu items for American Airline First and Business class services.  After 7 years in the test Kitchen for LSG Sky Chefs, Stephen grabbed the most amazing and exciting opportunity, as an International Executive Chef for TGI Friday’s. He on behalf of TGI Friday’s traveled  to 57 countries for 8.5 years.  The experience was once in a lifetime and many chefs would have loved to have this incredible opportunity to experience the world of food, culinary, and culture.  Stephen took the next level as a Vice-President of Culinary Development for 3.5 years at O’Charleys Restaurants in Nashville, Tennessee.  Now Stephen resides here in Dallas,Texas as Senior Director and Executive Chef for all Chili’s 1500 restaurants throughout the world. 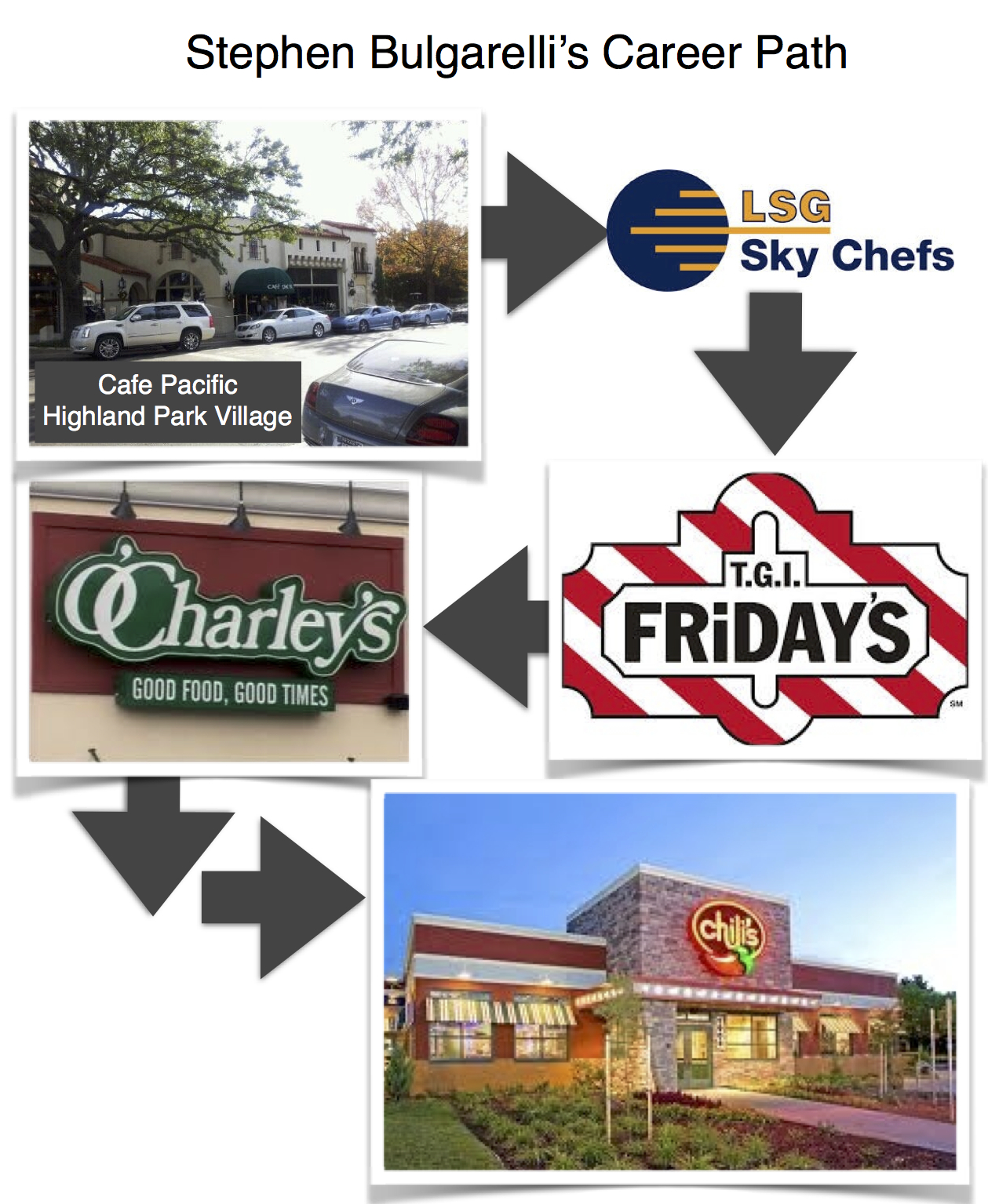 We look forward supporting Stephen and his appearance on “On The Menu” TNT Drama to air on this Friday, October 3rd @7:00 Central Standard time. 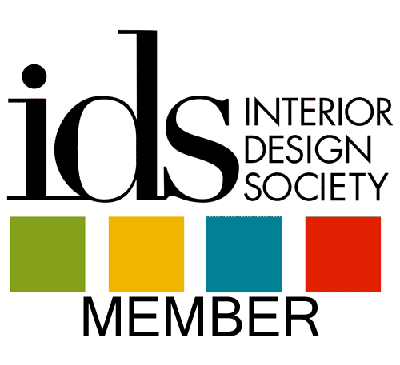 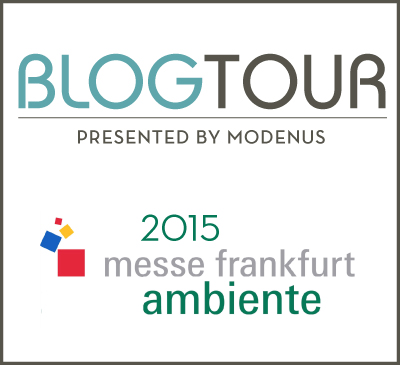 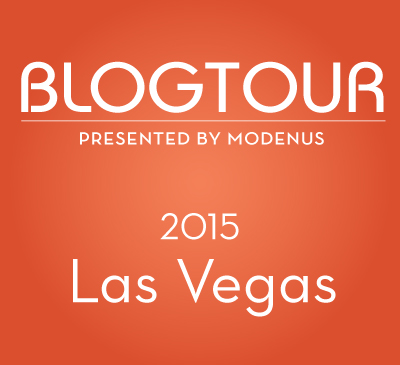 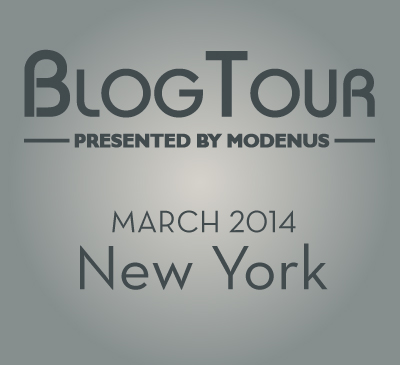